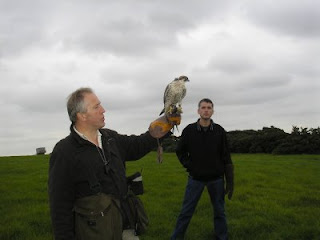 One of the most ancient sports has to be falconry. From the age of the Samurai and Medieval times to present day royalty, people have flown falcons and hawks as part of an elite partnership with nature. It may not be as blatantly popular these days as it once was, but you can still find avid pockets of enthusiasts. The birds will also rid you of pests - if you can coax them to work for you. All you need to do is to provide them the precise amount of food, keeping them just barely hungry enough to come back to you. And it's best to resist the temptation to anthropomorphize, as they will stay with you as long as they feel like it and are never guaranteed to fly back to you, which is part of the inherent risk of the sport.

If you happen to be in Eastern Ireland (and really, why wouldn't you be - it's near charming old Dublin), please look up the Newgrange Falconry. Husband and wife team Brian and Barbara McCann provide lessons for the novice and advanced student alike. They will bring the birds to you and fly a few different types all afternoon, instructing you and giving you a history lesson, along with a side order of local Irish charm. You can hire them for corporate events or even a private party. They will tailor the lesson just for you and by the end of the day, you will have made new friends, both human and raptor. It will be the experience of a lifetime to watch the birds soar freely above picturesque landscapes and Brian's passion for his work will perhaps rub off on you a bit, inspiring you to reach new heights once you float back to reality.

Nothing you've experienced will match a day with the birds and you'll be surprised to find that you've amassed incredible details on the creatures, but in a much more gratifyingly special way than a day spent in a dry lecture hall. Reading about them doesn't cut it - you must trek out to the hills and give them room to be themselves. You are guaranteed not to regret this beautiful moment with magnificent birds and warm, good company. Where else can you find that interaction in this modern life of text messaging and TIVO? So turn off your phone, shut off your engine, and be still. Listen to the wind and watch the birds. They will break your heart. 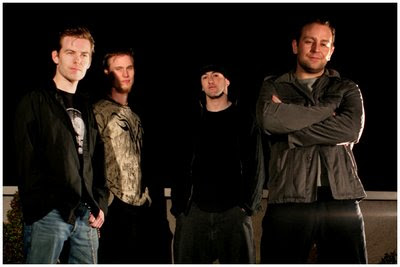 First formed in June 2002, enchanted critics have labeled MSG "blender music" (mixing jazz, funk, ska, rock, punk, and metal). After debuting their amazing album, "Caveat Emptor", the band claimed influences from Incubus, Ben Folds, Red Hot Chili Peppers, Alice in Chains, Pantera and Slayer, to name a few, and the sound is unmistakeably hip. Their hit "Come Dancing" was featured on Irish television's "The Ex-Files". One can only assume that their irrepressible energy will take them down the path of stardom, faster than you can say "Danny Boy". Fiercely alive and vibrantly raucous, the passion of the band will send you into a joyous rockin' frenzy and you won't be able to resist buying their ultra cool Cd's and t-shirts, available at every concert. Then you can say you knew them when.

From their very own blog:

Ireland got real small, real fast for mike got spiked, who bagged themselves a top 30 single and international five-star reviews for debut album Caveat Emptor within a couple of years of their formation in late 2002.
America beckoned for the schizo-rock four-piece, and a slot on the 2005 Vans Warped Tour alongside the likes of My Chemical Romance, Fall Out Boy and The Dillinger Escape Plan strengthened their conviction.
Subsequent support slots with Anthrax, Head Automatica, Biffy Clyro and Kerbdog showed them they were well able to take on the best in the business, and so began an 18-month American odyssey that took in 42 states, 130,000 miles and more than 300 shows.
Now based full-time in the USA, they are signed to Los Angeles management company Associated Talent Management, who also boasts the likes of The Dead Kennedys on their roster.
Relentless touring, record sales topping 11,000 units, hundreds of thousands of MySpace plays and a top 10 slot on the Warped Tour's official download chart have predictably helped the band turn the heads of record labels.
But rather than put out on the first date, the band is still flirting outrageously with the labels hovering nearby, having turned down a couple of deals last year.
Having finally parked the van for a couple of months to write their second album - slated for release by 2009's end - the band members are now preparing themselves for an all-out assault on minds and ears in the US and beyond.