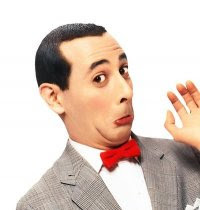 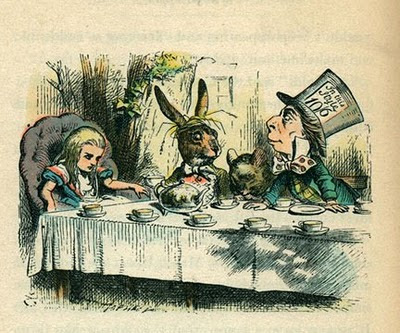 a kate west review
directed by Lynn Olson, produced by Amy Blum
choreographed by Kimiko Broder
musical direction by Wendy Caldwell
music & lyrics by Sammy Fain & Bob Hilliard,
Oliver Wallace & Cy Coban, Allie Wrubel & Ray Gilbert,
Mack David, Al Hoffman & Jerry Livingston
music & book adapted by Bryan Louiselle & David Simpatico
from the Walt Disney 1951 animated film & the Lewis Carroll novels
at South Pasadena High School
1401 Fremont Avenue, South Pasadena 91030
contact South Pasadena Educational Foundation (SPEF)
(626) 441-5810 or (626) 441-5820 www.spef4kids.com
February 5, 6, 7 only!
An amazing 5th Grade Musical "Alice in Wonderland" now appears at the South Pas High Auditorium. And who doesn't love a good rendition of Alice? Best of all, the production is on the professional level of the best adult community theater around. 70 kids (s-e-v-e-n-t-y students) from Arroyo Vista, Marengo and Monterey Hills dance and sing their little hearts with a joy not to be denied. To coordinate that many ten and eleven year olds is a remarkable enough feat on its own, but the creative output on top of it is truly impressive.
We all know the story, so here are the Cliff Notes: There are three Alices, (small, medium and tall Alice) and they each take turns wandering through a more and more perplexing land of nonsensical creatures. She falls through the rabbit hole chasing the White Rabbit, grows smaller and larger eating and drinking prop cookies and colorful liquids, dances with seafood, argues with valley girl flowers, talks with caterpillars and cats, has an Un-Birthday, plays Simon Says with the Red Queen and survives a death sentence, returning to the real world, just as her older sister finishes reading to her.
Director Lynn Olson and Choreographer Kimiko Broder do a fantastic job organizing this potentially unruly brood. Complicated dance numbers are completed with the finesse of "Dancing with the Stars" competitors and children wander on and off stage with impressive precision. Talent runs rampant throughout the cast. Eric Kuo has a nice turn with the White Rabbit, ever late for important engagements, three Cheshire Cats (Olivia Feldman, Wayne Monical and Lorie Meza) make up a mischievous trio, Charlotte Emerson does a super goofy March Hare and Sandra Moore is hilariously imperious as the Red Queen. All the Alices are fine (Analisa Bribiesca, Cynthia Warren and Faye Witherall) and while not everyone can sing or dance perfectly, each and every child in the play gives it his and her all. This is an obviously well rehearsed production, up to any consummate professionals standard.
The music is upbeat and fun, even with the out-of-context "Zip-A-Dee-Dooh-Dah" (isn't that from "Song of the South"?), and the lines are delivered surprisingly clearly and well (how many elementary school plays have you understood in its entirety?) The costumes and set are all cute and quite befitting a school play. All in all, this is an excellent show. Maybe SPEF should think about taking it on the road, pending revamped child labor laws? Good, clean fun for all.
So go. Please support children in the arts. All ticket proceeds go directly to the students at the South Pasadena Unified School District. And tell YOUR kids.
Full Cast
Analisa Bribiesca, Caroline Becronis, Eric Kuo, Olivia Feldman, Wayne Monical, Lorie Meza, Charlie Primuth, Sandra Moore, Declan Chin, Lucy Loken, Alana Carmona, Jake McCurdy, Kevin Foster, Aaron Salinas, Jane Lian Wang, Clara Wong, Megan Wong, Owen Calvin-Smith, Cynthia Warren, Faye Witherall, Anissa Santos, Isabel Barbera, Haley Peters, Ariana Woodworth, Jessica Lopez, Madison Hirano, Charlotte Emerson, Cristo Nava, Sykler Ramirez, Katie Lam, Gunther Vaden, Matthew Wright, Yee-Sum Make, Hailey Newton, Grace Kull, Ella Wilson, Parker Crumley, Lauren Zableckis, Earyn Smith, Alice Stearn, Rebecca Daley, Finn Hadsell-Florin, Vaughn Huelsman, Callum Kuo, Ruben Nava-Landeros, Reed Pickering, Andrew Son, Randy Zhou, Vanessa Chai, Katherine Conte, Sara Jaime, Matthew Kramsch, Jesse Newman, Cindy Tsai, Sara Bellusci, Alison Cordano, Josie Friesen, DJ Myer, Inesh Rathi, Leo Sonner, Mia Tanner, Ryan Vargas, Talia Baker, Pearl Bang, Spencer Gurley, Katia Hise, Sarah Ohta, Grace Privett-Mendoza, Perah Ralin, Yuna Yamazaki
Read more!