Loyal To The End

(see link above)
Kate West creed below
(from Pixar's "Ratatouile")

[Anton Ego’s Review of Gusteau's.] "In many ways, the work of a critic is easy. We risk very little, yet enjoy a position over those who offer up their work and their selves to our judgment. We thrive on negative criticism, which is fun to write and to read. But the bitter truth we critics must face, is that in the grand scheme of things, the average piece of junk is probably more meaningful than our criticism designating it so. But there are times when a critic truly risks something, and that is in the discovery and defense of the new. The world is often unkind to new talents, new creations. The new needs friends. Last night, I experienced something new; an extraordinary meal from a singularly unexpected source. To say that both the meal and its maker have challenged my preconceptions about fine cooking, is a gross understatement. They have rocked me to my core. In the past, I have made no secret of my disdain for Chef Gusteau's famous motto, "Anyone can cook". But I realize - only now do I truly understand what he meant. Not everyone can become a great artist, but a great artist can come from anywhere. It is difficult to imagine more humble origins than those of the genius now cooking at Gusteau's, who is, in this critic's opinion, nothing less than the finest chef in France. I will be returning to Gusteau's soon, hungry for more." 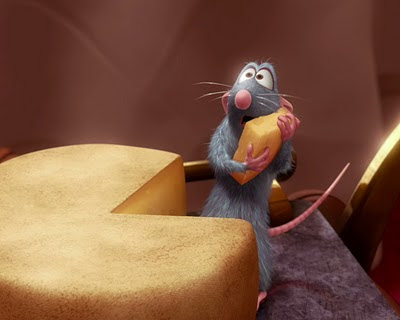 Miep Gies, the office secretary who defied the Nazi occupiers to hide Anne Frank and her family for two years and saved the teenager's diary, has died, the Anne FrankMuseum said Tuesday. She was 100.

In this 1998 photo, Miep Gies displays a copy of her book "Anne Frank Remembered" at her apartment inAmsterdam.
Photo: AP

Gies' Web site reported that she died Monday after a brief illness. The report was confirmed by museum spokeswoman Maatje Mostar, but she gave no details. The British Broadcasting Corp. said she died in a nursing home after suffering a fall last month.

Gies was the last of the few non-Jews who supplied food, books and good cheer to the secret annex behind the canal warehouse where Anne, her parents, sister and four other Jews hid for 25 months during World War II.

After the apartment was raided by the German police, Gies gathered up Anne's scattered notebooks and papers and locked them in a drawer for her return after the war. The diary, which Anne Frank was given on her 13th birthday, chronicles her life in hiding from June 12, 1942 until August 1, 1944.

Gies refused to read the papers, saying even a teenager's privacy was sacred. Later, she said if she had read them she would have had to burn them because they incriminated the "helpers."

Anne Frank died of typhus at age 15 in the Bergen-Belsen concentration camp in March 1945, just two weeks before the camp was liberated. Gies gave the diary to Anne's father Otto, the only survivor, who published it in 1947.

After the diary was published, Gies tirelessly promoted causes of tolerance. She brushed aside the accolades for helping hide the Frank family as more than she deserved - as if, she said, she had tried to save all the Jews of occupied Holland.

"This is very unfair. So many others have done the same or even far more dangerous work," she wrote in an e-mail to The Associated Press days before her 100th birthday last February.

"The Diary of Anne Frank" was the first popular book about the Holocaust, and has been read by millions of children and adults around the world in some 65 languages.

For her courage, Gies was bestowed with the "Righteous Gentile" title by the Yad Vashem. She has also been honored by the German Government, Dutch monarchy and educational institutions.

Nevertheless, Gies resisted being made a character study of heroism for the young.

"I don't want to be considered a hero," she said in a 1997 online chat with schoolchildren.

"Imagine young people would grow up with the feeling that you have to be a hero to do your human duty. I am afraid nobody would ever help other people, because who is a hero? I was not. I was just an ordinary housewife and secretary."

Born Hermine Santrouschitz on Feb. 15, 1909 in Vienna, Gies moved to Amsterdam in 1922 to escape food shortages in Austria. She lived with a host family who gave her the nickname Miep.

In 1933, Gies took a job as an office assistant in the spice business of Otto Frank. After refusing to join a Nazi organization in 1941, she avoided deportation to Austria by marrying her Dutch boyfriend, Jan Gies.

As the Nazis ramped up their arrests and deportations of Dutch Jews, Otto Frank asked Gies in July 1942 to help hide his family in the annex above the company's canal-side warehouse on Prinsengracht 263 and to bring them food and supplies.

"I answered, 'Yes, of course.' It seemed perfectly natural to me. I could help these people. They were powerless, they didn't know where to turn," she said years later.

Jan and Miep Gies worked with four other employees in the firm to sustain the Franks and four other Jews sharing the annex. Jan secured extra food ration cards from the underground resistance. Miep cycled around the city, alternating grocers to ward off suspicions from this highly dangerous activity.

In her e-mail to the AP last February, Gies remembered her husband, who died in 1993, as one of Holland's unsung war heroes. "He was a resistance man who said nothing but did a lot. During the war he refused to say anything about his work, only that he might not come back one night. People like him existed in thousands but were never heard," she wrote.

"It seems as if we are never far from Miep's thoughts," Anne wrote.

In her own book, "Anne Frank Remembered," Gies recalled being in the office when the German police, acting on a tip that historians have failed to trace, raided the hide-out in August 1944.

A policeman opened the door to the main office and pointed a revolver at the three employees, telling them to sit quietly. "Bep, we've had it," Gies whispered to Bep Voskuijl.

After the arrests, she went to the police station to offer a bribe for the Franks' release, but it was too late. On Aug. 8, they were sent to Westerbork, a concentration camp in eastern Holland from where they were later packed into cattle cars and deported to Auschwitz. A few months later, Anne and her sister Margot were transported to Bergen-Belsen.

Two of the helpers, Victor Kugler and Johannes Kleiman, were sent to labor camps, but survived the war.

After the war, Otto Frank returned to Amsterdam and lived with the Gies family until he remarried in 1952. Miep worked for him as he compiled the diary, then devoted herself to talking about the diary and answering piles of letters with questions from around the world.

After Otto Frank's death in 1980, Gies continued to campaign against Holocaust-deniers and to refute allegations that the diary was a forgery.

She suffered a stroke in 1997 which slightly affected her speech, but she remained generally in good health as she approached her 100th birthday.

Her son Paul Gies said last year she was still receiving "a sizable amount of mail" which she handled with the help of a family friend. She spent her days at the apartment where she lived since 2000 reading two daily newspapers and following television news and talk shows.

Her husband died in 1993. She is survived by her son and three grandchildren.

Find Out More Here:
Anne Frank: The Diary of a Young Girl

Anne Frank Remembered: The Story of the Woman Who Helped to Hide the Frank Family 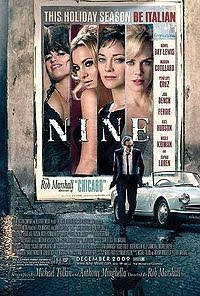