Improv Can Change Your Life

Funny thing happened on the way to the Oscars -- a detour through the Groundlings comedy improv troupe resulted in five Oscar nominations for alumni on Tuesday.

The Los Angeles-based proving ground for such comic talents as Phil Hartman, Jon Lovitz and Paul Reubens has a whole new class of graduates to celebrate as writers Jim Rash  and Nat Faxon received a nomination for their "Descendants" script (adapted screenplay), Kristen Wiig and Annie Mumolo were tapped in original screenplay for “Bridesmaids,” and Melissa McCarthy earned a nod for her raucous supporting turn in “Bridesmaids.”

“We have had Emmy nominations in the past, but this is our big Oscar day,” said Heather de Michele, managing director of the Groundlings Theatre and School.

With "The Help's" best picture nod, writer-director Tate Taylor is also making the troupe proud. De Michelle added that “The Help” supporting actress nominee Octavia Spencer is a “friend of the Groundlings,” so there's another mini-celebration to be had.

“In order to be a Groundling, you not only have to have done extensive improv performing, you have had to have done some sketch writing,” said De Michele. “That is what is benefiting this great group of talent now."

And while students attend the Groundlng school, they have to hone their improv performance and writing skills. " 'The Sunday Company' is the top level [of the school],” De Michele said. “Every Sunday night, you have to do new material for six months. It’s like boot camp. At any given time we have 300 students."

Currently, there are 26 members of the Groundlings troupe. Rash, she said, is the only active member among Tuesday's Oscar nominees. Not only does he direct the group, “he performs all the time on our stage. And he does occasionally teach upper levels,” De Michele said.

In fact, Rash said Tuesday morning, he would be heading to the theater that night. “I have to go teach this class tonight,” he said. “I’m covering for someone. I have been teaching and directing there for 10-plus years. We have a little workshop tonight for an opening at the theater. They all know about the film, so they better be respectful and listen tonight.”

De Michele said that the Oscar nominations will undoubtedly help the theater company, which began in 1974.

“It’s very exciting,” she said. “With the success of ‘Bridesmaids,' we saw a huge boost of enrollment in women who wanted to be comedians!” 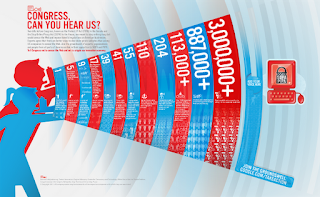 Millions of Americans oppose SOPA and PIPA because these bills would censor the Internet and slow economic growth in the U.S.

Two bills before Congress, known as the Protect IP Act (PIPA) in the Senate and the Stop Online Piracy Act (SOPA) in the House, would censor the Web and impose harmful regulations on American business. Millions of Internet users and entrepreneurs already oppose SOPA and PIPA.

The Senate will begin voting on January 24th. Please let them know how you feel. Sign this petition urging Congress to vote NO on PIPA and SOPA before it is too late. 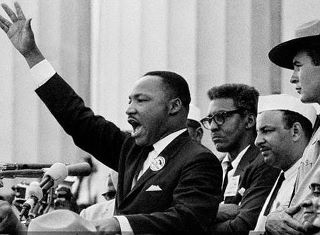