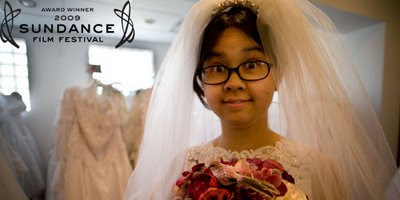 Winner of the 2009 Sundance Film Festival Waldo Salt Screenwriting Award, "Paper Heart" is a documentary (of sorts) about love. Charlyne Yi (experienced stand up comedian) does not believe in such fantasies. Or so she claims. But she wants to find out more, so she journeys across America, interviewing folks about their different definitions of l'amour. And naturally everyone has a different answer for her.

The movie blends reality and fantasy (such as actor Jake Johnson playing Director Nicholas Jasenovec, who actually exists and is actually the director) and while this may be confusing to some, it does give the film a definite sweet charm and appeal. Yi is the wide-eyed non-believer, quizzing everyone from children in a playground to hard core Harley Davidson bikers. The interviews are candid and touching and while they don't necessarily offer real insight into true love, they are hopeful stories of that amazing thing that happens when you finally meet just the right person in just the right way. And even more delightful, much of the lovers' stories are acted out by paper puppets, with half-finished backgrounds, adding to the theme of childlike wonder.

In the course of the film, Yi eventually meets Michael Cera ("Arrested Development", "Juno", "Superbad") and in spite of her many protests, ends up liking him after all. Their courtship is played out under the camera's scrutiny, part scripted, part real, as the two really fall for each other. There are a lot of cute moments as the couple attempts to elude the cameras and later try to make their love work in spite of the intrusion. Cera is his usual subtle, quirky self, delivering lines in that uniquely funny style of his and his youthfulness is the perfect match for Yi's immaturity. It's a simple story about a personal quest for love and who among us can't relate to that? It's the perfect length too. Any longer and one might become impatient with Yi's childishness. But in the end, her naivety leads her to a pure love.

"Paper Heart" is a sweet movie, which fulfills our childhood fantasies of romance, acts it out with paper puppets and tries to figure it all out for us. Exactly what is the difference between what looks good on paper and the reality of love? You might not find the answer to that, but you will enjoy looking. The moral of the story then has to be that one should always be open to love, because you will inevitably find it in a place you least expect. So stay positive, friends. 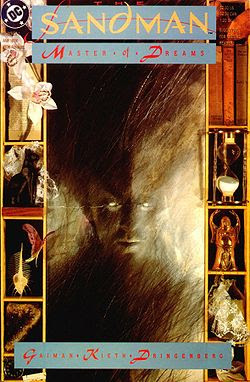 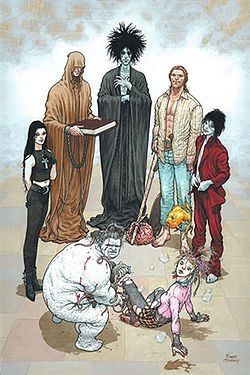 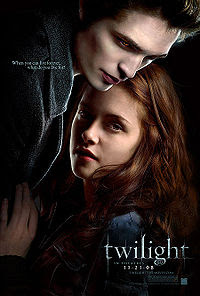 One of the most popular teen novels currently is the Vampire novel "Twilight", the first of four books in the saga of the Cullen clan, a Vampire family. Yes, you read that right. It's also a popular teen film about a Vampire family. Now to figure out which version is worse. It's all been discussed in countless chat rooms, sure, but as a sci-fi/fantasy nerd girl (with a delightful dark side, if I do say so myself), I have to weigh in on all things Vampire. I knew it would pain me to delve into this phenomenon, but for the sake of integrity (much as I was tempted), I cannot criticize something I haven't seen or read. Thus the sacrifice was made and I'm all up to date, kids. So let's start with the novel.

For the record, Stephenie Meyer writes for teenagers knee-deep in hormonal hell but that doesn't mean they aren't literate and can't follow a coherent story. But I digress. Edward Cullen is a mysterious high schooler attracted to newcomer Bella Swan. She can't figure out his initial aversion to her until he gradually reveals (while she figures it out herself) that he is a vampire and her blood is so intoxicatingly scented, he could lose his mind. She, in turn, is drawn to his beauty and the two of them are swept up in adolescent infatuation, much to the disapproval of some townspeople and even family members (on both sides).

Some of the Vampire lore is well-known: they are immortal (he stopped being 17 in 1918), they drink blood, have supernatural strength and heightened senses. What we didn't know is that they are comfortable in the sunlight, but prefer to stay in darkness, since the sun brings out this glowing golden sheen, a dead giveaway (get it?), for sure. Oh and these fangless beings can choose not to feed on humans and go after Bambi instead. AND they play baseball. And Ed's a mind reader too. Maybe Meyer found some kind of reference to these various twists in some dusty old book somewhere, but I doubt it and I'm certainly not taking up valuable research time to find out (I'd miss too many "Lost" episodes). So I conclude she made that part up. And it is absurd. Why keep part of the lore and then add a few enhancements just to be interesting? Vampires are monsters and the one thing we all know is that they crave human blood, so they can't just decide not to go after it. Even Joss Whedon's "Angel" had to regain his soul in order to accomplish that. You can be creative certainly, but please stay true to the universe you create. Call them something else and then you can have them behave however you choose.

And even worse, the dialogue is flat and the characters maudlin and it just isn't a very sophisticated rendering of dark creatures. The Cullens have a family and they just accept Bella as Edward's intended? His scowling sister Rosalie isn't taken very seriously and they all bond together when outsiders swing into town, looking for trouble. If you want to know how it ends, skim the book or see the movie. Or go to the Bahamas and take all four novels for some beach reading. If you need mindlessness - and who doesn't these days?

As for the movie, Edward's great speed looks ridiculous on screen and it is hard not to chuckle at some of these overly dramatic lines such as Edward referring to the new love as between a "lion and a lamb". The acting is pretty wooden and Catherine Hardwicke's first action-type film is fairly standard. Eye candy abounds on both sides, especially yummy Robert Pattinson as the delectable Edward. But outside of being enchanted by his pretty face, I couldn't pay much attention. Bella is in danger and you know Edward will save her. There's a formal dance and lots of classroom scenes and family drama and it's "My So-Called Life" for Vampires. The dialogue is lifted out of the book, unfortunately and plays even worse on screen. If you roll your eyes reading it, imagine having to hear it.

You're welcome - I do what I can for America. But it's a hit and teen girls are dreaming of having their own Edward Cullen someday. Over Mr. Darcy? Shudder. But if you must love a creature of the night, there are so many more good Vamps out there. Try Stephen King or Richard Matheson. Then follow up with a romance novel (or even an Anne Rice, if you really must). Or just watch "Buffy the Vampire Slayer".