Obama Inauguration on CNN.com Live with Facebook.
Watch Obama's historic inauguration and update your Facebook status all in one place.

What will your Facebook status say when Obama becomes President? CNN.com and Facebook are partnering to enable you to update your status, and follow your friends' updates, while you watch the inauguration live online, all on http://cnn.com/live.

On Tuesday, January 20th, watch President-elect Barack Obama become the next President of the United States on http://cnn.com/live. You can watch the live video online from anywhere with broadband access.

Coverage begins at 8am EST, with the swearing-in ceremony at 12pm EST, followed immediately by Obama's inauguration address.

Whether you're at the office, at home, at the library, or anywhere else, you can share this moment in history with your Facebook friends live, as it happens. 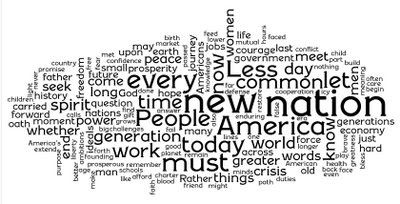